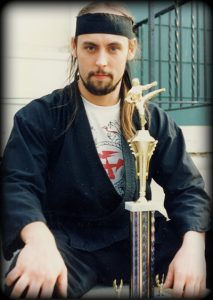 Michael first became interested in martial arts during Elementary school. A desire to learn self-defense led him to enroll in a Karate class being taught after hours at his school. The club changed location within a few months, and Michael was unable to continue his training, but the lessons learned stayed with him, as did his interest in martial arts. Michael practiced what he had learned on his own, with the hope of continuing his studies in the future.

In his teens, Michael became determined to further his martial arts pursuits. Without the means to attend a martial arts class, he began a course of self-study, and began to also train with various martial arts weapons, including the nunchaku, and bo staff.  The concepts of honor, discipline, and dedication appealed to core values.

Some time later, Michael became interested in Shaolin Chin-na, and joined a group based in Glen Burnie, Maryland, where he would train for several years before also beginning to train in Kobayashi Shorin-Ryu (traditional Okainawin Karate), and Shorinkan Kobujitsu (Traditional Okinawin Weaponry).

Michael had the good fortune to be able to train under some of the premiere teachers of this style, Kyoshi F.D.R Hargrove and Kyoshi Arnold Mitchell. He has attained Dan level in both Shorin-Ryu and in Shorinkan Kobujitsu (weaponry). Although not a regular competitor, Michael has taken trophies in almost every event in which he as performed, including 3rd place in weapons at the Battle for Hampton Roads, and 1st place for weapons at the Frederick Karate Open. 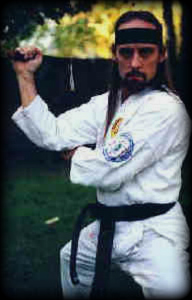 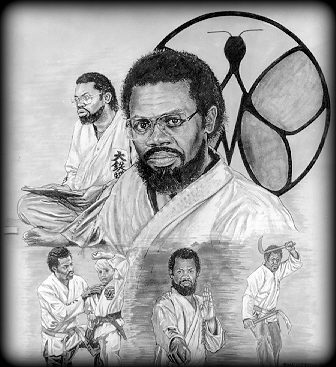 After achieving his black belt in the three majors styles he practiced, Michael formed Mu-Shin Martial Arts club, and after a time, began working as an assistant to Kyoshi Mitchell. In his club, he taught the traditional Okainawin styles, along with the principles and philosophy of its root systems.  Being traditional systems, Michael encouraged his students to behave according to the basic philosophies inherent in the styles: honor, honesty, dedication, humility and respect to the world and to others.

Michael often conducted his classes in the outdoors, following the traditional training styles practiced in the earliest days of his chosen styles.  Michael continued the traditional values, serving as an example to his students as any teacher should.

Michael's training was interrupted by a near-fatal automobile accident in 2002 (see the Strange Events page), in which he was thrown through the sunroof of an SUV in a forward ejection. Michael suffered several severe injuries, and continued to pursue his martial training, expanding both his weaponry skills and knowledge of open hand techniques, in order to better manage the chronic pain that resulted from the accident. More information on the history and origin of these styles can be found below. 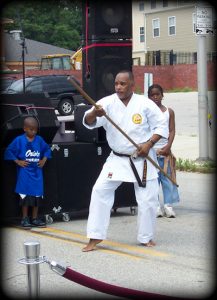 History and Origin of Styles

SHORIN-RYU is a traditional form of Okinawin Karate, and its lineage includes Anko Itosu, and Chosin Chibana. Chibana used the kanji "small" and "forest" to describe his style, using the Okinawin pronounciation of 'Shaolin', which becomes 'shorin', in honor of the system's origins. Chibana taught this style of karate until his death in 1969. Each of his top students added their own interpretation, each creating their own style: Yuchoku Higa created Kyudokan, Katsuya Miyahira created Shido-kan, Nakama Chozo created Shubokan, and Shugoro Nakazato created Shorinkan. This style can have twenty-four or more forms, or kata, including Passai Dai, Kusanku, Gojushiho and others. It is a both a broad and in-depth system, and mastering the forms and their Bunkai (applications) can take a lifetime.

SHORINKAN KOBUJITSU is the traditional weaponry system of Okinawin Shorinkan/Shorin-Ryu. The system consists of in-depth training in bo staff, nunchaku, tonfa, sai, Eku (paddle), and kama, and involves learning to use each of the weapons in the system against all the rest of the weapons in turn, and against the sword, the traditional weapon of opposition in historical Okinawa. The tradional system usually consists of twenty-four or more weapon forms, as well as weapon to weapon exercises and drills and weapon sparring. The art of Iaido (Japanese sword) and the Techu may also be taught, depending on the instructor. 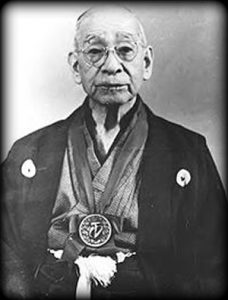 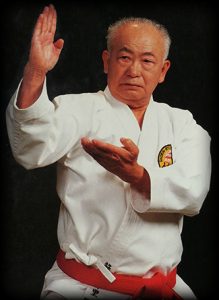 SHAOLIN CHIN-NA is a Chinese martial art, with origins in Shaolin White Crane, which is also the source of later styles such as Shorin-Ryu. Chin-Na is a grappling art, dealing with manipulation of the human body, the central nervous system, and the flow of chi. Techniques involve grabs, locks, holds, and the manipulation of pressure points. It is the forefather of such arts as Ju-Jitsu and Aikido, and contains many similar techniques.

Many self-defense techniques taught today have their origins within Chin-Na. This system is an excellent means of defense against both armed and unarmed attackers. The techniques have been refined over time to work against modern weapons, such as guns, knives, and batons.

Today, Michael continues to train and refine his knowledge of these arts at every opportunity. He credits both his health and his survival from what could easily have been a fatal auto accident on these arts, and the discipline and conditioning provided by his training have helped immensely in battling the chronic pain he has faced since the day of the collision. 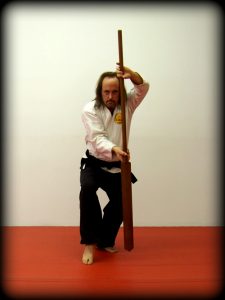