I finished the first draft of my current WIP on November 6. The manuscript weighed in at over 171k words, a bit over 625 pages, making it my longest work so far. I do not expect the word count to reduce much in the course of editing; if anything, it may increase a bit. I have pretty much told the story I wanted to tell, the one the Muse gave me, and I do not expect many changes in the context of the story itself. I am currently on the first pass through for editing, and barring any major setbacks, still hope to have my cover reveal in time to publish before the end of the year, so stay tuned!

Things have been hectic lately, as I am packing up to move (one of my absolute least favorite things to do), and I haven’t had much time to post updates. To give an example, it is after 1:30 in the morning when I am writing this, and I returned from an 18 hour workday about half an hour ago. I am feeling a bit loopy, to be completely honest, which may have something to do with my current train of thought, and the nature of this post.
I like to give insights and examples into the life of a writer of (albeit strange) fiction, and those that know me know I have no shame. I don’t mind posting stuff I would never publish, or writing about my personal life experiences. Tonight, I’m throwing out the former.
Here is a piece I wrote some number of years ago, more than likely at some ungodly early morning hour when the only things stirring are mating feral cats and barn owls, when I had time to just follow whatever inspiration struck me at the time. The little scene below is unedited, an exercise in just typing and seeing where it took me.
Don’t judge…it’s just for shits and giggles, folks.

THE FIEND, THE MESSENGER, AND THE DREAMTIME DAIRY-QUEEN

My apologies to those who purchased copies of my second book.  Apparently, the file I uploaded to the printer was corrupted, even though in review I did not detect any errors.  I do not know if I saved an old file over an edited version, or what, but somewhere along the way, the version that saw print was littered with corrupted text and other errors.  I managed to correct these over the last two weeks, and have resubmitted the manuscript.

So, if you purchased a copy, I owe you a new one.  Please feel free to contact me through my Facebook page, and I will send you a signed copy on me. If you purchased the Kindle version, I will make sure you get an updated copy for free. It’s the lease I can do for those who support my work.
Again, my apologies.

My new fiction WIP is nearing the halfway point on the first draft.  I am currently working on chapter 26 of 52 outlined, although this may be subject to change.  This novel will be something of a departure in some ways from the standard, but I really cannot say more without giving it away.  A few close friends are in the know, of course, because I’m basically a hermit and it gives me something to talk about on those rare occasions where I take a break from my cloistered life, but I don’t like spoilers, so I’ll be keeping things under my hat for now.

I do my best to write every day, although real life and physical limits do intervene from time to time.  I am hoping to have the first draft completed sometime around mid-May, although this too will change.  I’ll post further updates in the future.

My newest book, ‘Strange Stories, Twisted Tales’, is now available on Amazon US in both paperback and e-book formats
It is also available on other Amazon markets, but I don’t have the link to those. Please search by title or author if you are living outside the Amazon US delivery service.

And now for the cover reveal! 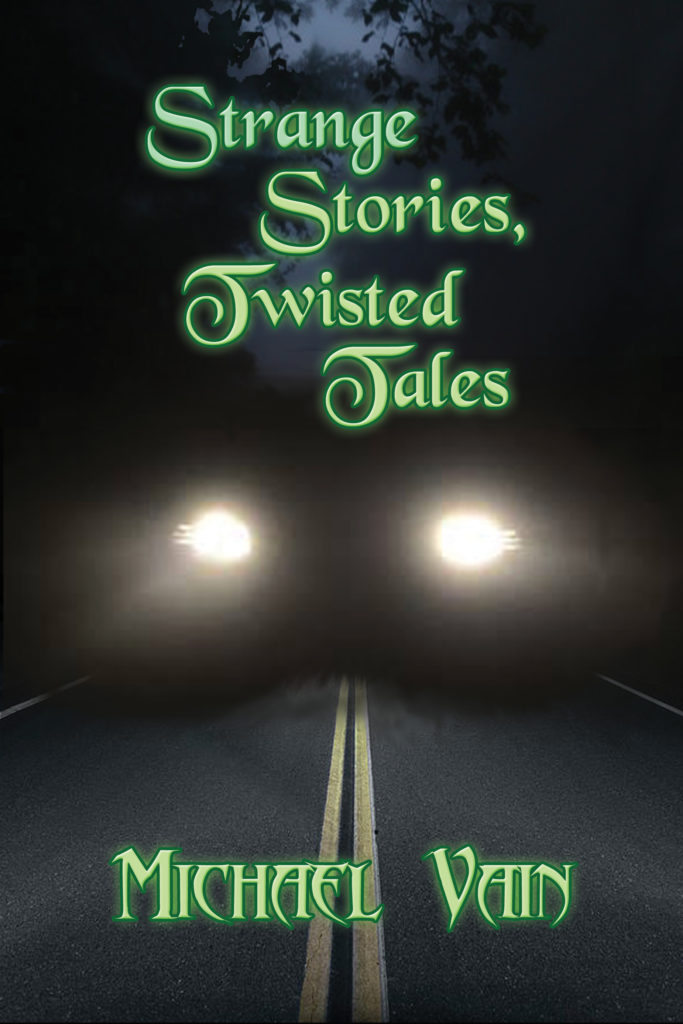 This new volume is more than just a horror anthology; it contains short stories and novellas that span a number of genres, all with a touch of the strange and bizarre, and a bit of dark humor here and there.
Some are horror,while others could be classified as suspense, strange fiction, and even a touch of sci-fi.  So please, feel free to check out the link!